Madonna is an America singer, actress and songwriter. She is a versatile actress and one of the influential figures in Hollywood, She is also known as Queen of Pop. She is the first multimedia artist in the history of popular culture. She is an entertainer, actress, producer and director.

Recently Madonna has gone all out to do something which is hard to believe. She has done many brave things in past but to be in her shape on Madame X Tour she underwent a treatment where she induced ozone gas mixed into her blood. It’s a type of treatment called IV Blood Autohemotherapy to heal injuries instead of taking medicines. And it was all captured and posted on her official Instagram page. 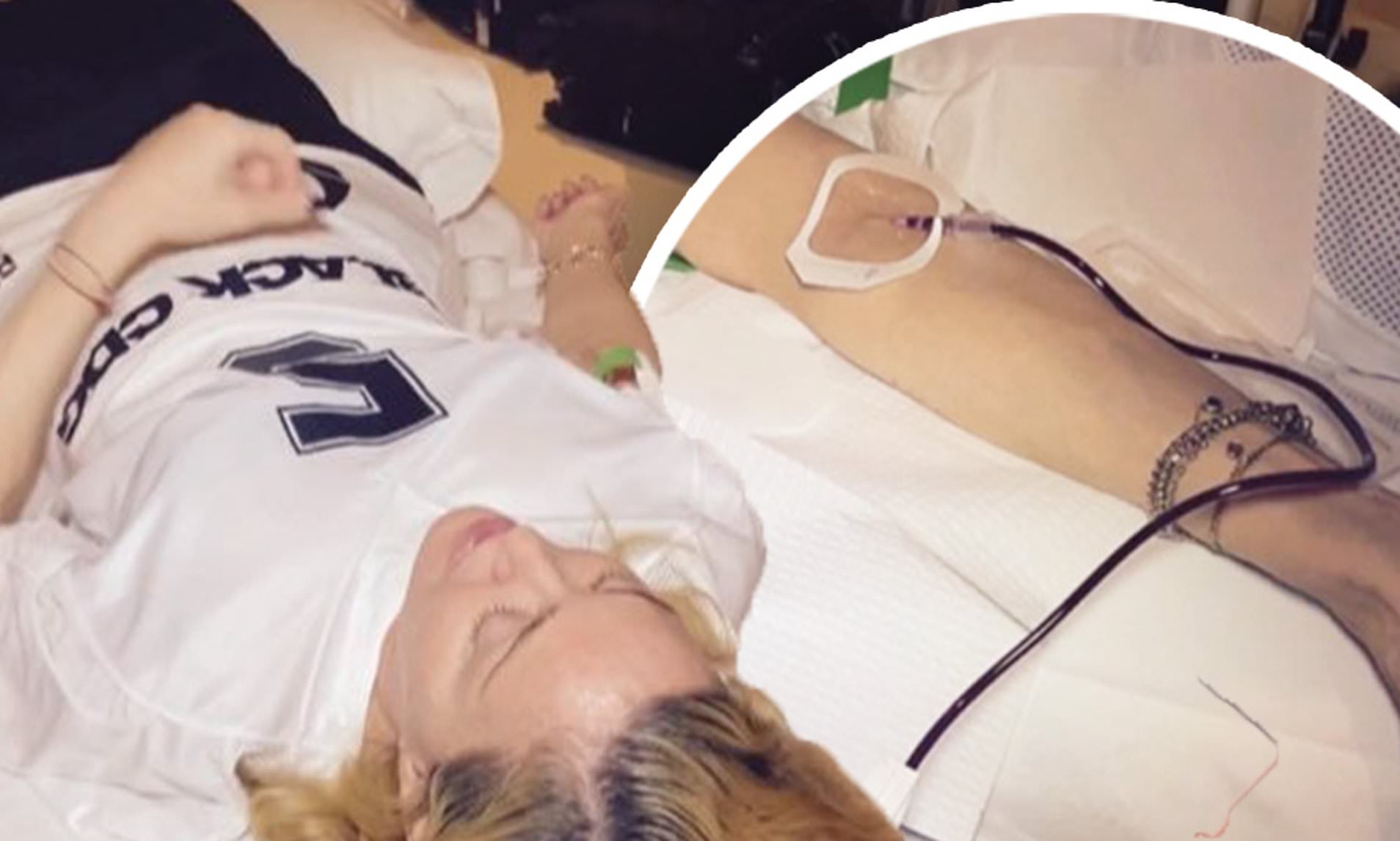 Ozone is a natural gas and is composed of three atoms of oxygen. It is an irritating pale blue gas that is very toxic. She is 61 year old and this treatment of inducing ozone gas she cancelled her three concerts. Whole video is posted on her page with all the treatment going on and in video we can see her twin daughters Estere and Stelle by her side, which are only seven years old.

She posted her pictures lying on a massage table while infusing the IV drip. Basically it is a therapy which is performed with ozone to treat joint pain due to arthritis. She posted that she was in pain and need to be treated that’s why she cancelled her three shows in America, Boston and prefer to go through this therapy and assure that she will come back stronger and is following doctors instructions.

Before also she once postponed her concerts in New York due to knee injury. She need to cancel her shows due to her health issue and has blood drawn, which was then mixed with ozone gas and induced back into her body with IV drips while her children were be her side. It is known as autohemotherapy.

She posted video on last Thursday showing her followers what treatment she is going through. With that she assures that she will be back to work and resume her concerts. During all this IV process an Osteopath Jean-Michel Ete was giving massage to her feet and Dr. Matea using Tibetan bowls creates eerie sounds which was all part of the treatment and is all filmed and posted on her instagram page. Madonna was kept lying on a massage table with IV drips induced.

In video it is clearly captured that large quantity of blood is drawn out from superstar in a drip bag and ozone gas is added and then retransfused back into her body. Around 5 liters of blood was drawn out during the whole therapy. In autohemotherapy the process of healing injuries and pain is fat and it also speed up recovery. The dangers part is this drawn out blood from patient’s body and then spun at a very high speed in a special machine.

Madonna is ready to come back after rest and scheduled to resume this weekend with her Madame X tour at the Metropolitan Opera House.